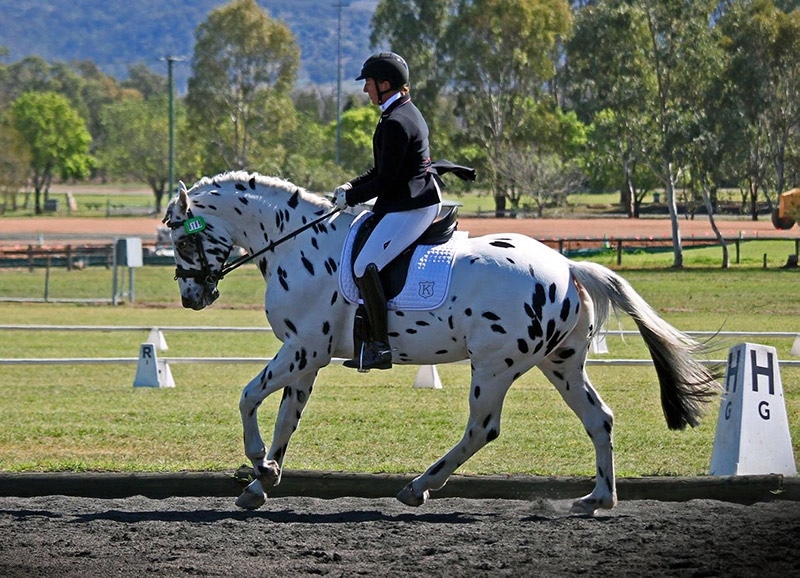 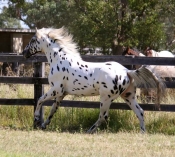 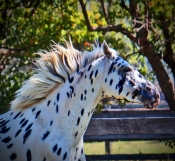 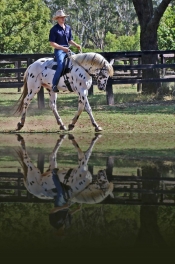 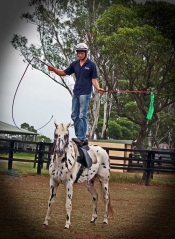 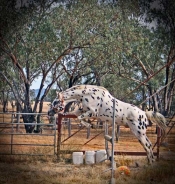 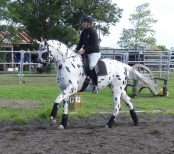 Supermodel's pedigree is a feast for the dressage officianado.

His sire Sartor's Showtime is by the incomparable Oldenburg stallion Sir Donnerhall by Sandro Hit, for an extra injection of dressage ability into the already talented Knabstrupper line of Rasmus Af Hallendbaek, sire of the world famous Figaro Af Hallunbaek, exported to South Africa from Denmark.

He won hearts as the Sportaloosa ambassador at Equitana in 2016 with his sweetheart nature and lovely comfortable paces, his first time under saddle in public.

His foals are everything we hoped for... awesome tall types, mellow trainable natures and wow colours and are available for sale now. If you don't want to go in full colour he throws deep coal black foals to!

Champion official and unofficial prelim dressage at Hunter Valley Championships in Scone during his first dressage season under the capable hands of Lizzie Wilson-Fellows.

Australia
Manilla, NSW
Map location might not be exact

Want to get your stallion seen?

Our annual promotion subscription is exceptional value for money and it's available to every Sportaloosa member.  You get all this for one year: